If you love the nightlife, have gotta boogie on the disco round…well, here's the perfect place for you to be — It's the 4th Annual Saturday Night Disco Fever and it's happening at NYCB Theatre at Westbury on Saturday 28th December 2019…oh yeah! In celebration of the 40th anniversary of the gold album "A Night at Studio 54", this disco concert features performances by a solid gold line-up of disco icons: Tavares, Evelyn "Champagne" King, France Joli, The Trammps Featuring Earl Young Alfa, Luci & Norma Jean Wright (formerly of Chic), Peaches & Herb, Musique, Carol Douglas, Delfonics That 70's Band, and Crystal Stark. Dancing is great, but disco dancing is magnificent! Save a spot where you can shake your groove thing yeah, yeah! Book your tickets now! 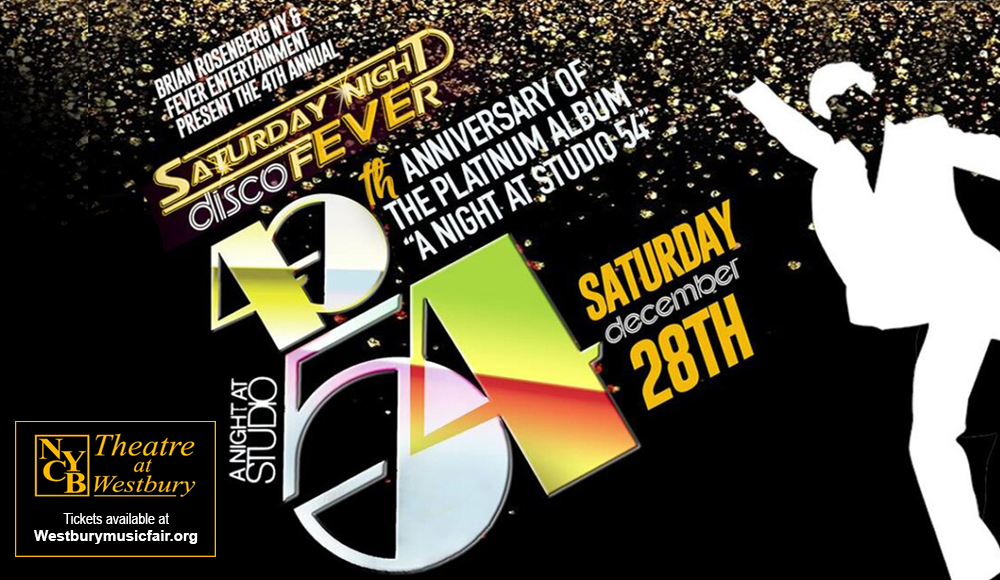 Check your temperatures 'coz the disco fever is still burning hot! It's the 4th Annual Saturday Night Disco Fever, happening at the NYCB Theatre at Westbury on Saturday 28th December 2019. Marking the 40th anniversary of the gold album "A Night at Studio 54", this event will feature the biggest disco icons coming together in one show.

Evelyn "Champagne" King: She's the first lady of disco who ruled disco days with her supreme hit disco single "Shame" released in 1977 during the height of disco's popularity. including; "I'm in Love" (1981) and "Love Come Down" (1982). King's "Shame" is one of the first records tinducted into the Dance Music Hall of Fame at a ceremony held in New York's Spirit club.

The Delfonics: A US soul trio responsible for the mega hits “La-La (Means I Love You)”, "Didn't I (Blow Your Mind This Time)", "Break Your Promise", "I'm Sorry" and “Ready or Not Here i Come (Can’t Hide From Love).” The Delfonics are one of the pioneers of the Philadelphia soul sound.

Tavares: Their brand of American R&B, funk and soul music sound set a lot of dancing feet into motion. One's feet would truly ache and find it irresistible to move and groove to the beat of the biggest hits: "Heaven Must Be Missing an Angel" , "More Than a Woman", "Never Had a Love Like This Before" , and many more.

Peaches and Herb: Yes, they're the duo responsible for the reason why people could stop shaking their groove thing. One of their biggest hits – "Shake Your Groove" is a certified disco anthem.

C'mon, it's a Saturday Night! The heat is on so you better get your hands on those hot tickets right here, right now!