Under the Streetlamp Tickets

It's everybody's favorite man band – Under the Streetlamp are coming to NYCB Theatre at Westbury for a very special night of solid entertainment! On Sunday 1st December 2019 you can catch Under the Streetlamp in all their glory as they bring nothing but the very best songs, charisma and talent to the stage! These guys are well and truly used to creating the magic for a mind blowing, jaw dropping show that never disappoints – book your tickets today for Under the Streetlamp LIVE! 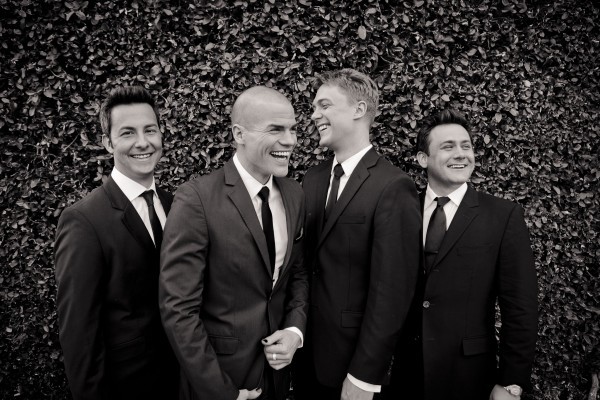 "Under The Streetlamp delivers an electrifying evening of classic hits from the American radio songbook, bringing their unique blend of tight harmonies and slick dance moves to your favorite doo-wop, Motown, and old time rock ‘n’ roll hits. The guys are throwing a party in a city near you."

Back on the road for 2019, Under The Streetlamp return for a tour that will blow your mind! As the band first began with the cast members from the worldwide musical sensation – Jersey Boys, the award winning members have since formed a music group to bring all of the talent they have developed from working on Broadway to the live stage! Under The Streetlamp have given 5 star performances all over the world during their shows in other musicals such as; 42nd Street, Forbidden Broadway, Rent, American Idiot, Good Vibrations: The Beach Boys Musical, and The Book of Mormon.

Although their previous experience is top of the list, their new, upcoming act Under The Streetlamp has been grabbing the attention of so many fans, not just musical fans but also music lovers too! Join in on the fun and come and be a part of something special as they travel across North America this coming Winter to bring Under The Streetlamp, under the stage lights!

2019 is set to be yet another non-stop year for NYCB, with all of the best artists, musicians, dancers, comedians, bands, speakers, musicals, theatre productions and more – add this one to the list for an unforgettable night out on the town!