With wit and charm, star of both stage and screen Tony Danza will be heading to NYCB Theatre at Westbury on Thursday 21st December 2017 as part of his Standards and Stories tour! The esteemed actor, who you may know from the hit shows “Taxi” & “Who’s The Boss”, will perform an intimate cabaret show that fans will never forget, teaming classic standards with anecdotes from his life! 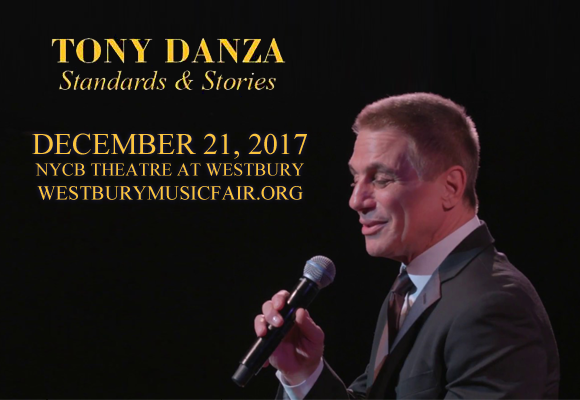 “Tony Danza: Standards & Stories is a cabaret act combining timeless music with wit, storytelling, and the undeniable charm that has made Danza a beloved star of stage and screen around the world. Accompanied by a four-piece band, Danza will perform a selection of his favorite standards from the Great American Songbook, as well as numbers from his recent star turn in the critically-acclaimed Broadway musical Honeymoon in Vegas, while interweaving stories about his life and personal connection to the music. Tony debuted Standards & Stories last year to a sold out audience in New York City.” – Broadwayworld.com