20-time Grammy Award-winning jazz and big band singer Tony Bennett comes to NYCB Theatre at Westbury on Saturday 19th May 2018 for the second night in a row of classic hits and standards from a career that spans over 65 years! The beloved crooner is known for his signature song “I Left My Heart in San Francisco”, and in more recent years found huge success with a collaborative album alongside pop star Lady Gaga! Tickets available now! 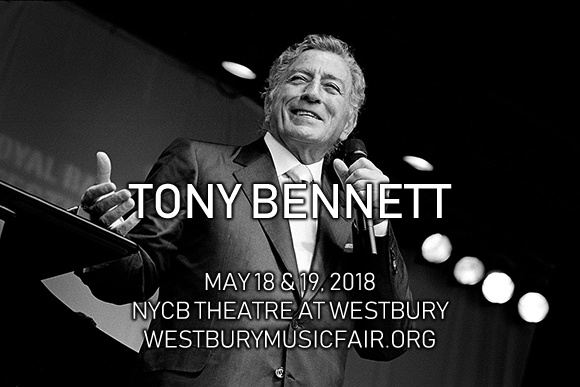 Winner of twenty Grammy Awards (including a Lifetime Achievement Award, presented in 2001), jazz and big band singer Tony Bennett first found fame in 1951 when he released his number-one debut hit single “Because of You”. A string of hits followed throughout the 1950s and in 1962 Bennett became an international success with the release of his signature song, “I Left My Heart in San Francisco”. Bennett has had continued success throughout the decades and, to date, he has sold over 50 million records worldwide. Bennett has also been awarded two Emmy Awards, and was also named an NEA Jazz Master and a Kennedy Center Honoree.