The ultimate female artist is coming to New York! Toni Braxton will be taking over the NYCB Theatre at Westbury on Sunday the 25th of August 2013 from 8:00pm. 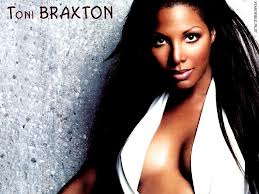 The star is on tour celebrating her final album ‘Chapter VIII: The Encore of a Gemstone’ before retiring from her music career. The latest track ‘I Heart You’ was released last year hitting the number one spot on the US Hot Dance Club Songs Billboard. Over the years Toni Braxton has been known for her distinctive voice and strong attitude portrayed in her music. Some of her biggest hits have included ‘Un-break my Heart’ from her début album in 1993 and ‘He Wasn’t Man Enough’ from her album ‘The Heat’ in 2000. Her career has seen over 60 million records sold worldwide and taken her to extreme fame. She was inducted into the Georgia Music Hall of Fame in 2011 as well as having racked up 6 Grammy’s and 7 Music Awards. In 2010 Toni Braxton was diagnosed with Lupus, which she discussed publicly. She was awarded the Lupus LA award for ‘Women of Achievement’. Her family, health and recent TV series has brought her to her final album and tour.

Don’t miss out on Toni Braxton’s last tour! Tickets are on sale now!