Country Music Hall of Fame inductees, the Oak Ridge Boys, are headed to NYCB Theatre at Westbury for an evening of heavenly harmonies and foot-tappin’ tunes! The iconic group, known best for their classic song “Elvira”, are performing as part of their Shine the Light Tour, which sees them playing all across North America throughout 2018! Don’t miss your chance to see these legendary performers live! 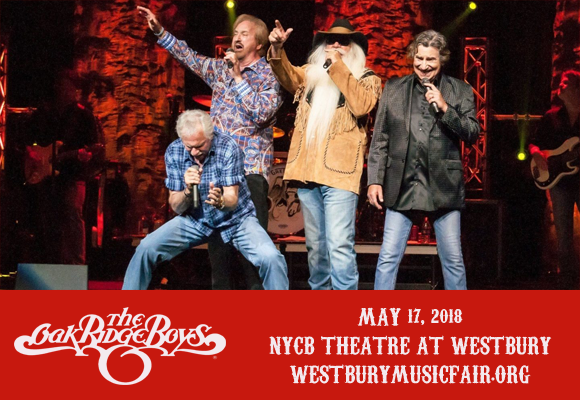 American country and gospel vocal quartet The Oak Ridge Boys was originally formed in the 1940s, known then as the Oak Ridge Quartet. The group’s current iteration of Duane Allen (lead), Joe Bonsall (tenor), William Lee Golden (baritone), and Richard Sterban (bass) has been performing and recording since 1973. With their roots as a popular gospel ensemble throughout the 1950s and ’60s, the group found fame in the 1970s with their country and crossover hits, including: “Elvira”, “Bobbie Sue”, and “American Made”.