This is not a drill. The green light is on for the Gilmour Project 2022 National Tour to push through with a coast-to-coast US tour. January 2022 will be a month dedicated to celebrating the trailblazing event that took place 50 years ago when the legendary prog-rock band Pink Floyd performed their iconic album ‘Dark Side Of The Moon: A Piece For Assorted Lunatics,’ live in its entirety 14 months prior to its release date. Check out its packed itinerary which includes a show NYCB Theatre at Westbury on Thursday 2nd June 2022 (Rescheduled from Thursday 6th January 2022). Such a ginormous masterwork of an album could only be pulled off by an all-star band comprised of acclaimed and seasoned musicians. As early as now, save the date, book your spot, and grab your tickets now! 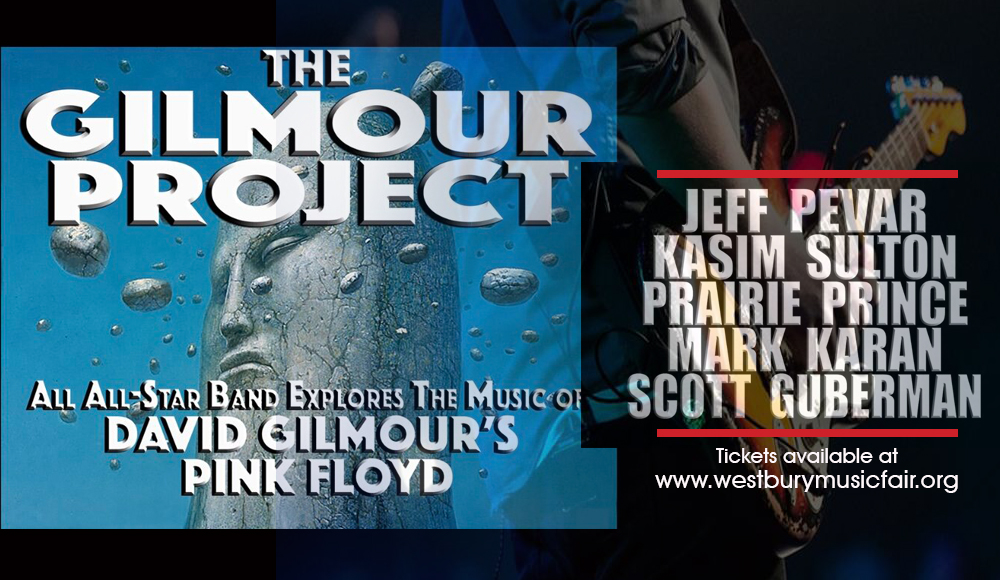 The album ‘Dark Side Of The Moon: A Piece For Assorted Lunatics’ is definitely one of Pink Floyd's landmark albums and has truly set the bar high in the prog-rock genre. It's been 50 years since Pink Floyd's tread to take an untried and untested feat; the one thing that most concert performers never dared or are too scared to do — perform songs that have never been heard from a never-before-released album! Well, as recorded in the annals of music history, Pink Floyd first performed the said album to a rousing reception and monumental success in January 1972 at The Brighton Dome, UK.

Such a revolutionary event is truly worth revisiting. The Gilmour Project is a radical and a passion project where an assemblage of truly remarkable and accomplished musicians would come together in one stage and unleash ‘Dark Side Of The Moon: A Piece For Assorted Lunatics’ the spirit of Pink Floyd's "the cherished classic hooks, licks & musical phrases" as they complement it with their improv jams and transmutations. Jeff Pevar (lead guitar with CSN, David Crosby, Phil Lesh, Ray Charles), Kasim Sulton (bass & vocals with Todd Rundgren’s Utopia, Meatloaf, Blue Oyster Cult, Hall & Oates, Cheap Trick & Patti Smith), Prairie Prince (co-founder of The Tubes, & drums with Todd Rundgren, Jefferson Starship, Phil Lesh), Mark Karan (guitar & vocals with Bob Weir, RatDog, The Other Ones), and Scott Guberman (keyboard & vocals with Phil Lesh), all of them are set to blow minds and fire up spirits of Pink Floyd fans from all generations.

Catch this phenomenal show. Don't let it slip through your fingers. Lock in those tickets now!