Harmony indeed runs in the family. The Band Perry has proven that music sounds beautiful when the family sings together. Brother-sister trio Kimberly, Neil and Reid Perry are taking the world by storm once again with their latest concert tour. They have a swarm of loyal country music followers who have worshipped them since day one; and with their transition to pop music, a new set of fans are rounding up to catch this amazing show. If you are not quick enough, you'll miss out on this chance of a lifetime. Hurry, go and get your tickets now! 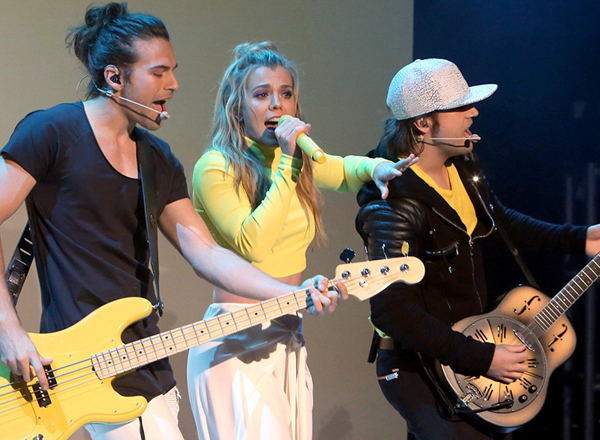 Kimberly Perry (lead vocals, guitar, piano), Reid Perry (bass guitar, background vocals), and Neil Perry (mandolin, drums, accordion, background vocals) are siblings collectively known as The Band Perry. Starting in 2005 from their Alabama hometown, the siblings spent years perfoming together in small-town local gigs. It was only in 2009 when they got signed to the label Republic Nashvilled and released their eponymous debut in 2010. The lead single 'If I Die Young' was the breakthrough single that penetrated and peaked at number one of the U.S. Billboard Hot Country Songs and Hot Adult Contemporary Tracks. This album also gave them their first quadruple platinum award. Since then, there was no stopping The Band Perry from taking off with a career that sky-rocketed the band to fame in many parts of the world. Their widely known singles include "Hip to My Heart," "You Lie," "All Your Life," "Postcard from Paris," "Better Dig Two," "DONE," "Don't Let Me Be Lonely," "Chainsaw," and many more.