The spirit of Vegas is coming to New York! Terry Fator has been named ‘The Best at Las Vegas’ and ‘The Best Overall Show’ for 2013 and he’s coming to the NYCB Theatre at Westbury this summer! Be there on Thursday the 25th of July 2013 at 8:00pm! 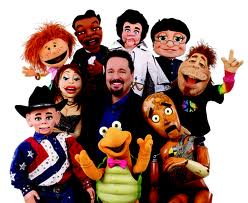 Terry Fator won the hearts on the US on the hit TV show America’s got Talent. Suprising as it sounds, the harsh opinions of Simon Cowell did not apply to Terry Fator whom he described as ‘one of the two most talented people on the planet’! He is a singer, impressionist, ventriloquist and comedian. He took the stage at the same stage that Elvis Presley used to perform on at the Las Vegas Hilton, selling out on two shows with standing tickets only, having a third show to cover demand! Since then, the star has been signed as a headline act at The Mirage on the Las Vegas Strip and has been working on a book ‘Who’s the Dummy Now?’. Hold on tight or the laughter will have you falling right out of your chairs!

Don’t miss the chance to see a true star! Tickets are available now!