Tune in to an adult-contemporary or classic rock radio. You can bet your bottom dollar that a Styx song would play any minute. But Styx is not a legendary band who would sit on their laurels and just let the music play on the radio. They're a relentless, unstoppable touring band who are still at the top of their game, delighting their most loyal fans with live concert tours in various parts of the world. And yes, this is happening here and now. Styx is taking over the live stage the NYCB Theatre at Westbury on Saturday 16th November 2019. Expect most fans to now be on the run for tickets. But you can actually score one without leaving your seat. Just click the "buy tickets" button on the website. No hustle and hassle. Book your tickets now! 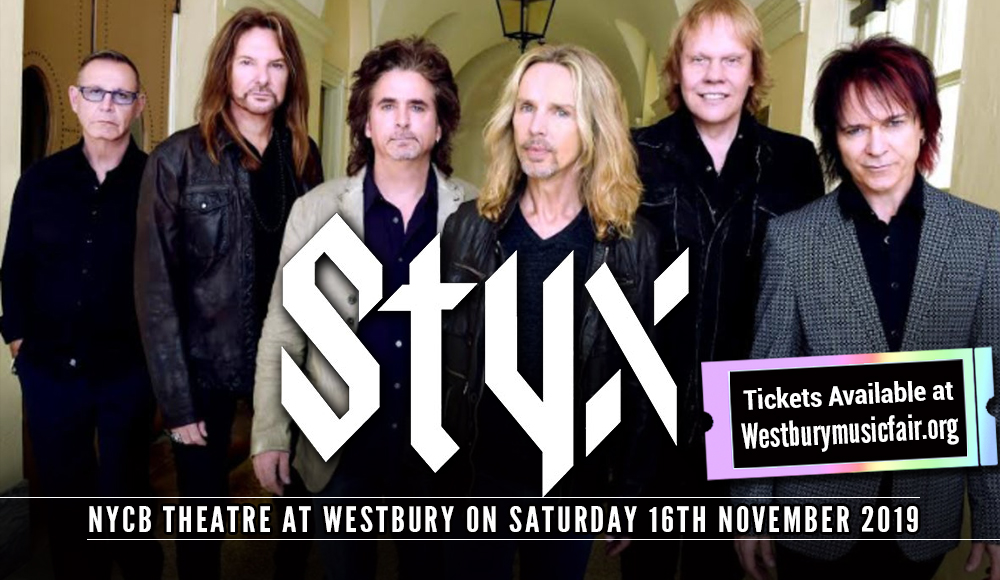 It's hard to imagine listening to a classic rock radio programming without the music of Styx. Formed in 1972 in Chicago, Styx heralded the progressive-soft-rock-power-ballads movement in the 70s and 80s.

Currently comprised of Tommy Shaw, James “JY” Young, Lawrence Gowan, Todd Sucherman and Ricky Phillips (along with the occasional surprise appearance by original bassist Chuck Panozzo), Styx are, without a shadow of a doubt, certified hitmakers. They have four consecutive certified multi-platinum albums to their name. Their discography is decorated with 16 top-40 singles in the US, eight of which hit the top 10.

One of the songs that put a golden hitmaker seal on their long-running career is the timeless classic "Babe". This is Styx's biggest international hit and first million-selling single, reaching #6 in the United Kingdom, and topping charts in many parts of the globe. Styx churned out hit-after-hit-after-hit with these Top 10 on the Billboard Hot 100 singles– "Lady", "Come Sail Away", "Babe", "The Best of Times", "Too Much Time on My Hands", "Mr. Roboto", "Don't Let It End", and "Show Me the Way". Other notable songs from their rich discography include "Renegade", "The Grand Illusion", "Blue Collar Man", "Crystal Ball", "Fooling Yourself", "Rockin' the Paradise", "Boat on the River", and "Suite Madame Blue".