60's, 70's rock legends Styx will perform for a second night in a row at the NYCB Theatre at Westbury. What's already been a big year for the band, touring with fellow rock legends Foreigner it will be a one off show at the westbury theatre, performing without support in the heart of New York. Don't miss the multi-platinum selling band live this November, grab your tickets now the 70's rock sensations! 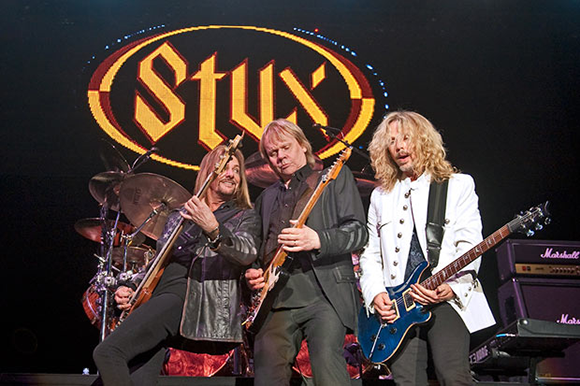 Styx is an American rock band famous for its albums of the 1970s and 1980s. The Chicago band was known for unique style of prog-rockr, strong ballads, and their shows often provide the flair of a Broadway musical. Over the years they have released 15 studio albums, 6 live albums, 14 compilation albums and 31 singles.