The "King of Motown", Smokey Robinson, brings his caramel vocals and singalong hits to NYCB Theatre at Westbury on Sunday 11th October, for an unforgettable night! The veteran R&B crooner still has the power to melt the hearts of his audience, and fans will not be disappointed as he belts out the chart toppers of his heyday with the same passion he did back then! Don't miss this opportunity to get your groove on! 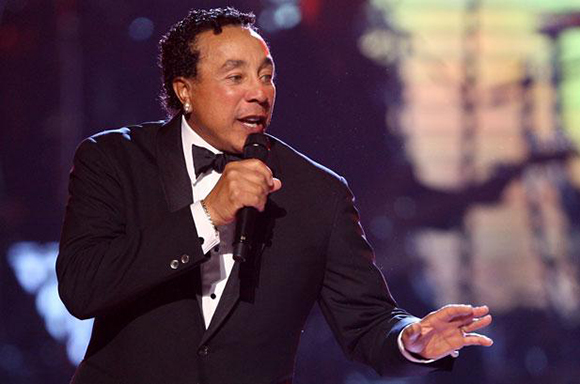 Smokey Robinson founded R&B group The Miracles in the 1950s A chance meeting with record producer Berry Gordy Jr. led to a contract with Motown Records, for whom The Miracles delivered 37 Top 40 hits. Between 1962 and 1966, Robinson was also one of the in-demand songwriters and producers for Motown, and in 1972 he announced a retirement from the stage to focus on his role as Motown's vice president. A year later, he returned to music as a solo artist, and later topped the charts with such hits as "Cruisin'" (1979), "Being With You" (1981) and "Just to See Her" (1987). Robinson was inducted into the Rock and Roll Hall of Fame in 1987.