The stage dance floor and down to your seat will be burning, burning on the night of Saturday 18th December 2021as the NYCB Theatre at Westbury for the fifth annual Saturday Night Disco Fever. Dubbed as 'The Last Dance 2021', this may be the last time ever for this lineup of artists in this event to hit the stage together in Long Island. Get ready as we turn up the heat on stage with artists and their ammo of disco hits reputed to set dance floors on fire — France Joli, The Trammps feat. Earl Young, Evelyn "Champagne" King, Linda Clifford, Harold Melvin''s Bluenotes, Disco Unlimited, Rochelle Fleming "The Voice of First Choice", Lime Donna Summer Tribute by Rainere Martin, and Hosted by Joe Casui & Sal Abbatiello. This is a hot ticket! Save your seat and your dance space. Book your tickets now! 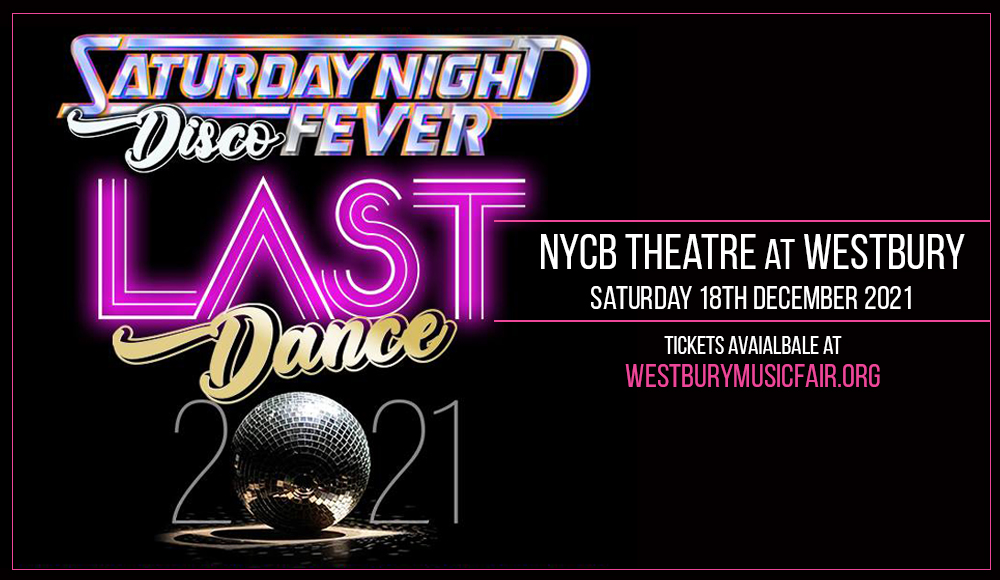 Saturday Night Disco Fever has been setting dance floors and concert stages ablaze for five years. This disco dance concert extravaganza showcase the disco era kings and queens that lorded over the airwaves and made dance music lovers love the nightlife with the hottest disco tunes. Now in its fifth year, Saturday Night Disco Fever at NYCB Theatre at Westbury is happening on Saturday 18th December 2021 and dubbed as 'The Last Dance 2021'.

Well, as they say, save the best for last… Now here are the cream of the crop, the disco music icons, and trailblazers, keep the flames of disco music burning, burning!

France Joli: Canadian disco-soul singer France Joli began her reign as she released "Come to Me" which hit the top of the Billboard Hot Dance Club Play three-week for 3 weeks. One of her biggest follow up singles was "Gonna Get Over You", which went to number two for two weeks on the American dance charts.

The Trammps feat. Earl Young: American disco and soul group The Trammps was one of the pioneers of the disco acts. Their first major success was their 1972 cover version of "Zing! Went the Strings of My Heart", and cemented their dominion over the disco charts with their Grammy-winning song, "Disco Inferno", originally released in 1976, hitting the UK pop hit and US R&B hit. It was re-released and became a global smash through its inclusion in the Saturday Night Fever soundtrack.

Evelyn "Champagne" King: How could anyone resist the intoxicatingly infectious grooves of her disco classic hits? At the height of the disco music trend, King unleashed and dominated the airwaves with her smash single "Shame", released in 1977. She ruled over the disco scene with more heart-pounding disco hits like "I'm in Love" (1981), "Love Come Down" (1982) and "Your Personal Touch" (1985).

Before you put on your dancing shoes, first 'get tickets'. Click on that link on this site and get psyched for some Saturday night disco dancin'!