Sal “The Voice” Valentinetti, at NYCB Theatre at Westbury on Saturday, May 7th 2022, (rescheduled from Sunday, December 19th, 2021). Heidi Klum’s unforgettable 2016 Golden Buzzer recipient and finalist of America’s Got Talent, is an Italian American crooner known best for his flawless vocals, larger than life personality, and his heart of pure gold. Grab your tickets now to Sal the Voice, as he is known by everyone from Brooklyn to Bayshore, and he can be found on most Sundays sipping cappuccino at the café, telling stories, making jokes and planning his next move… 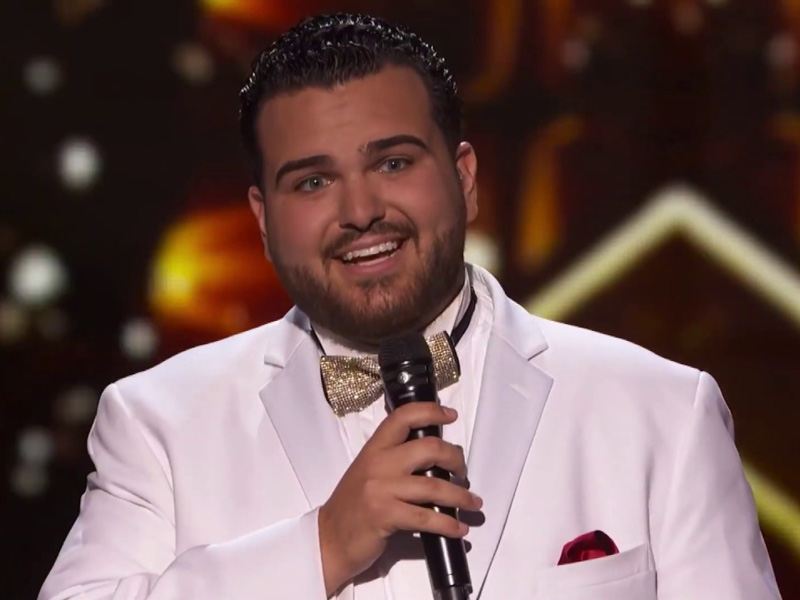 In 2016, Sal made his debut on Season 11 of the NBC hit show, America’s Got Talent. That year, after finishing in 5th place, the 20-year-old college student went from delivering Pizzas for his cousin’s restaurant, to delivering what’s considered one of the best performances in AGT history. Since racking up over 350 million views worldwide with his captivating AGT audition, the celebrated, charismatic crooner has been invited to appear in hundreds of sold-out solo performances on stages around the world. From Madison Square Garden in NYC, to opening for Jay Leno in Las Vegas, to selling out the legendary NYCB Theater at Westbury like all the greats before him; it’s safe to say that Sal is only getting started.

In 2017, he released an EP called The Voice, featuring covers of songs like “The Way You Look Tonight” and “You Make Me Feel So Young.” The singer, now 25, has said that he had an amazing support system who helped him turn his dreams into a day job. “I still wake up every day, and I am thankful that I get to sing for a living,” he said in a 2018 interview. “I mean, singing is my job; how cool is that?” Then in 2018, Valentinetti released a holiday album called Christmas Presents. It featured the original song “When Christmas Comes to Town.” Earlier this year, the singer released a Valentine’s Day album called Little Valentine, accompanied by the No Vacancy Orchestra.