A soulful evening awaits you this Sunday, October 30, at the NYCB Theatre at Westbury when you attend the concert of the platinum artist Ruben Studdard. Join the American Idol pioneer in the return of his hit live show "Ruben Sings Luther Vandross" as he pays tribute to the late R&B legend. Be amazed by the rich voice of Studdard while performing the classic hits of the multi-Grammy award-winning superstar such as "I'd Rather," "Dance With My Father," "Superstar," and "Stop to Love," among many others. Let the phenomenal voice of Studdard remind you of the greatness of Vandross. If you want to experience one quality show this fall, this is the show you need to be at. Reserve your seats at the NYCB Theatre at Westbury as early as today by clicking the "Get Tickets" button. Grab yours now! 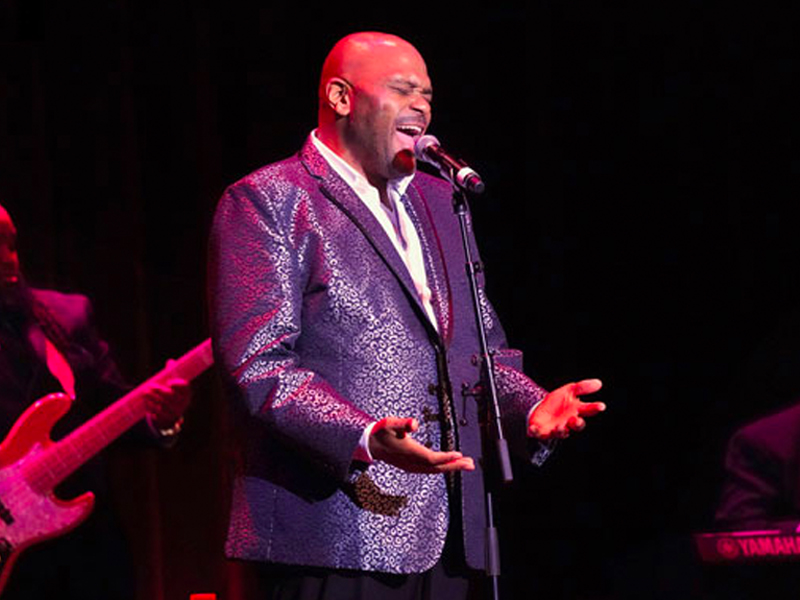 After winning the second season of American Idol, Ruben Studdard became a household name for his classic R&B and gospel songs. Even before his debut album came out, he was already a hit, with pre-sales reaching a million. The much-awaited debut "Soulful" came out in 2003, topping the Billboard Hot 100 chart. With multiple top ten hits, the album gained platinum certification. It also led to him being nominated for the category Favorite Male R&B Vocal Performance during the 2003 Grammy Awards for his cover of "Superstar." The gospel album "I Need an Angel" came out a year later. Even though it did not fair as well as his first album, it was massively successful on the gospel charts. Two years after, "The Return" was released.

In 2008, Studdard indefinitely left his recording career and transitioned to work in theatre. He starred in the touring revival of "Ain't Misbehavin'." He came back to the studio a year after.

After recording multiple subsequent albums, Studdard recorded a tribute album for Luther Vandross, naming it "Ruben Sings Luther." Studdard continues to perform his homage to the legendary artist in multiple cities. Fans of Studdard and Vandross living close to Jericho, New York, see the performance live at the NYCB Theatre at Westbury on Sunday, October 30. Tickets are now available!