Roots reggae rockers – Rebelution are coming to NYCB Theatre at Westbury on Saturday 11th June 2016! These Californian favorites make an all around satisfying show for any Reggae lover with their feel good anthems such as; "Feeling Alright," "Safe and Sound" and "Good Vibes" – a fitting title for this upbeat group. Join them as they bring all of this plus much more to the stage to keep you skanking until the morning light! 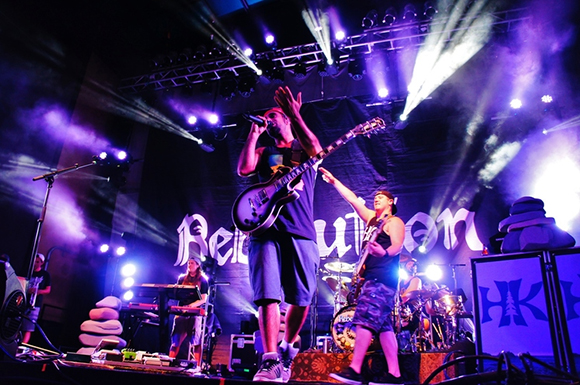 Rebelution's most recent album released in 2014, is their most successful to date, "Count Me In," became their third consecutive #1 album on the Billboard Reggae charts. And stays true to the roots of the music, drawing more inspiration from the dance hall side of things and showing clear influence from the greats; Beenie Man, Buju Banton and Barrington Levy!