Go and hit the high with none other than the "Celine Dion of Country Music" — Martina McBride! This awesome country music icon is also one of the most-love superstars who enamored legions of followers with her golden country classics. Her soprano vocal prowess and stunning showmanship would bring delight to country music lovers of all ages. Catch Martina McBride as she takes over the live concert stage of the NYCB Theatre at Westbury on Friday 13th March 2020. An A-grade show for the whole family to enjoy! Book your tickets now! 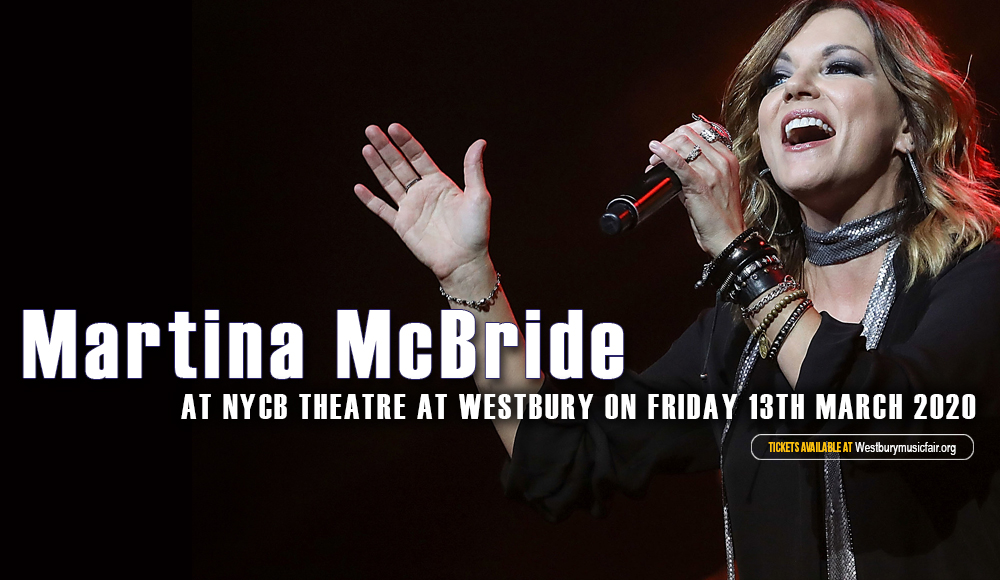 Martina McBride is known for her soaring soprano vocals laid on a country-pop crossover style. Hence, she earned the moniker the "Celine Dion of Country Music". She is known for her roster of hits which include "When God-Fearin' Women Get the Blues," "Wild Angels," "My Babe," "In My Daughter's Eyes," "Come See About Me," "Son of a Preacher Man" and "This One's for the Girls", "Valentine," "Diamond," "It Ain't Pretty," "For These Times," "Reckless," "Whatever You Say," "For These Times," "A Broken Wing," "All You Need Is Love" and "Where We Left Off". From thee, she has had a string of major hit singles on the Billboard country chart and occasionally on the adult contemporary chart. Five of these singles went to No. 1 on the country chart between 1995 and 2001, and one peaked at No. 1 on the adult contemporary chart in 2003.

Martina McBride has sold over 14 million albums from her discography of thirteen studio albums, two greatest hits compilations, one "live" album. She is a 14-time Grammy Award nominee, who has been awarded by the Country Music Association "Female Vocalist of the Year" four times, and "Top Female Vocalist" for three times by the Academy of Country Music.

The hits, the awards, the showmanship — Martina McBride is a full-pledged country music super star that shines best on the live concert stage. Don't miss it!