Celebrate this holiday season with Marie Osmond at NYCB Theatre at Westbury on Tuesday, December 7th, 2021. Buy your tickets now for this exciting Christmas special, where Marie Osmond is joined by special guests David Osmond and Daniel Emmet. The multiple gold and platinum-selling artist and Country Music Award winner, Marie Osmond has spent five iconic decades in the entertainment business performing as a successful singer, television performer and talk show host, dancer, actor, author, entrepreneur and public speaker. Her upcoming symphonic album, Unexpected, will be released on December 10 and will cover a multitude of genres like opera, Broadway, and timeless classics. 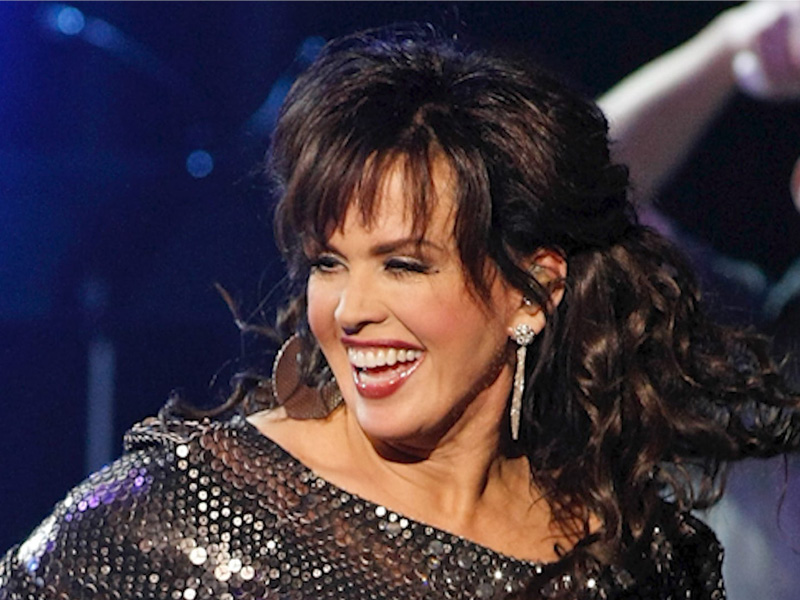 "People know me from so many different kinds of music, but I don't think they realize I've been loving this music — the opera, the Broadway and American standards – since I was a young girl," Osmond tells People Magazine.

Marie Osmond is a multiple gold and platinum-selling artist and Country Music Award winner, garnering numerous Billboard chart-topping singles and albums. Her 2016 album Music is Medicine encompasses a lifetime of experience, music, and joy, and reached top 10 on the Billboard Country list. Her upcoming symphonic album, Unexpected, is her first new album in five years, and will be released on December 10, covering a multitude of genres like opera, Broadway, and timeless classics.
Marie continues to perform and raise money for children’s hospitals, research and awareness. She has influenced countless audiences and benefited an innumerable amount of lives worldwide.

David Osmond and his solo and group career has included highlights such as tours to sold-out arenas in the U.S., Europe, and Asia, and acts on Broadway.

Finalist on America’s Got Talent, Daniel Emmet, is known for his wide range of expression that spans musical genres from rock and pop to opera. He premiered on the Las Vegas strip as a headliner at Caesars Palace for the exclusive run of his show “All That I Am.” He continues to guest star around the country on tour with Marie Osmond, as well as performing solo and symphonic shows.