80's southern Rock legends Lynyrd Skynyrd are rocking their way into the NYCB Theatre at Westbury on Thursday 12th June. Lnyrd Skynyrd, recently inducted into the Ultimate Classic Rock Hall of Fame, is led by Gary Rossington, the band’s last remaining original member. Skynyrd has issued several new albums since reforming in the early ’90s, the most recent of which was 2012′s ‘Last of a Dyin’ Breed! 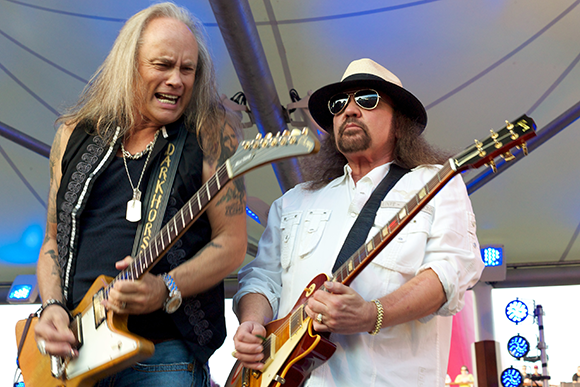 One of the most recognized name in rock music Lynyrd Skynyrd have set the standard for ultimate rock anthems. Known for popularizing the hard rock genre throughout the 70's and 80's. Originally formed in 1964 as the The Noble Five in Jacksonville, Florida, the band rose to worldwide recognition on the basis of its driving live performances and signature tunes "Sweet Home Alabama" and "Free Bird".

After a tragic plane crash the band reformed in the early 90's to carry on a legacy that will never be forgotten. Coming to the NYCB theatre on Thursday the 12th of June!