“Queen of Mean” and NYCB favorite Lisa Lampanelli returns to NYCB Theatre at Westbury on Friday 2nd February 2018 for a night of frank and funny, jaw-dropping comedy! Leaving no topic taboo, the hilarious comedian returns to stand-up after the roaring success of her play Stuffed! Don’t miss your chance to see this fierce and filthy woman live! 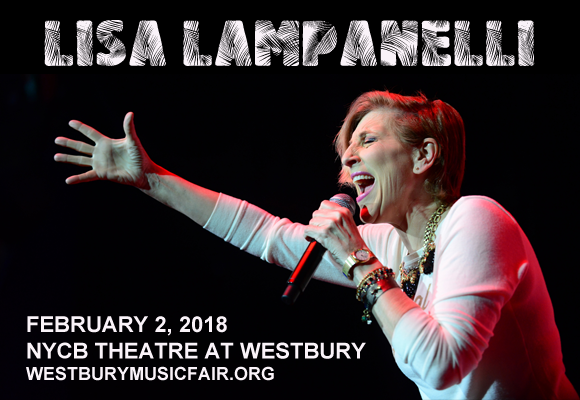 Lisa Lampanelli, aka The Queen of Mean, is an American stand-up comic who first began her career in New York in the 1990s. Lampanelli is best known for her insult-comedy, and established her name on the comedy circuit throughout the 2000s participating in a series of comedy roasts including Denis Leary, Pamela Anderson, Jeff Foxworthy, Flavor Flav, William Shatner, David Hasselhoff, and Donald Trump. She also served as Roastmaster for Larry the Cable Guy in 2009. Lampanelli’s first one hour HBO comedy special, Lisa Lampanelli: Long Live the Queen, was also released in 2009. Her album “Back to the Drawing Board” was nominated for Best Comedy Album at the 58th Annual Grammy Awards.