Prog rock legends Kansas are continuing the celebration of their 40th anniversary with a visit to NYCB Theatre at Westbury on Wednesday 26th July 2017! The band will be performing classic hits from their illustrious career, including the chart-toppers Carry on Wayward Son and Fight Fire with Fire! Get ready to rock!!! 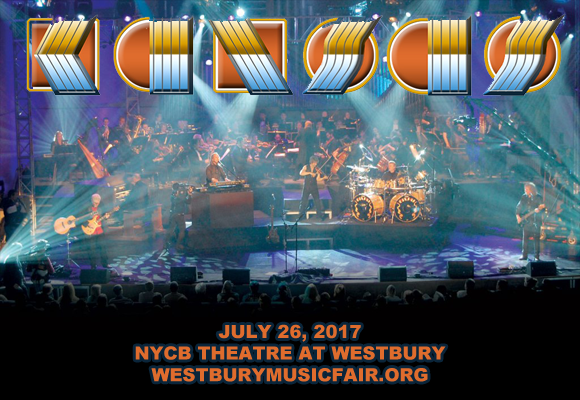 Known for their hit singles “Carry On Wayward Son” and “Dust in the Wind”, American rock band Kansas forst gained popularity in the 1970s with their album-oriented rock. With eight gold albums, three multi-platinum albums (Leftoverture, Point of Know Return, The Best of Kansas), one platinum live album (Two for the Show) and a million-selling single, “Dust in the Wind” under their belt, Kansas have stood the test of time and continue to thrill audiences the world over. The band appeared on the Billboard charts for over 200 weeks throughout the 1970s and 1980s and played to sold-out arenas and stadiums throughout North America, Europe and Japan. Their biggest single, “Carry On Wayward Son”, was the second-most-played track on US classic rock radio in 1995 and No. 1 in 1997.