American Idol alumnus and chart-topping country artist Josh Gracin comes to NYCB Theatre at Westbury on Friday 8th June, 2018 for an intimate night of heartfelt country music! The “Drink It Gone” singer will showcase his inimitable soulful voice and renowned songwriting talent as he performs new material and tracks from his career so far! 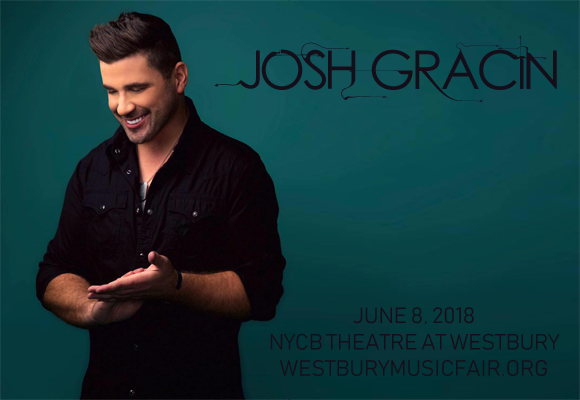 American country music singer Josh Gracin first came to public attention in 2003 as the fourth-place finalist on the second season of the Fox Network talent competition American Idol. Gracin went on to sign with Disney’s Lyric Street Records the following year, releasing his self-titled debut album in June 2014, launching the Billboard Hot Country Singles and Tracks number one single “Nothin’ to Lose”, as well as two other top-five singles. His 2008 follow-up, We Weren’t Crazy, also launched five chart singles, including its title track, which charted in the top-ten. His most recent release, an EP entitled Nothin’ Like Us: Pt 1., came out in 2017.