Cuba’s two-time Grammy Award-winning pop sensation Jon Secada comes to NYCB Theatre at Westbury on Friday 23rd February 2018 for a special and intimate evening of music from his celebrated two decade career! One of the first bilingual artists to have international crossover success, Secada’s timeless romantic classics have made him a superstar the world over! 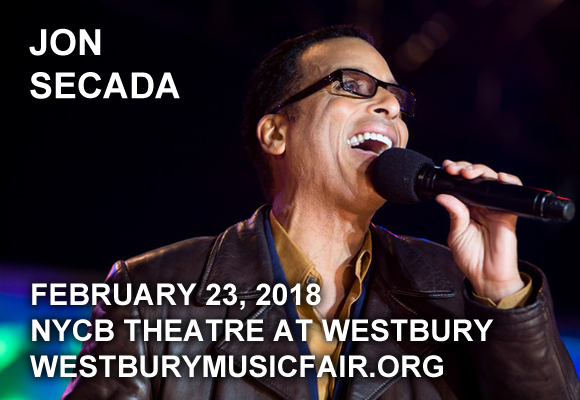 Cuban American singer and songwriter Jon Secada began his career in the mid 1980s as a backing singer for Gloria Estefan, going on to write for her and, one day, perform solo during Estefan’s ‘Into the Light World Tour’ – an opportunity that launched his solo career. In 1992 Secada released his self-titled debut album Jon Secada, which sold over six million copies worldwide and was certified triple platinum in the U.S. Secada has won two Grammy Awards and sold 20 million albums since his English-language debut album in 1992.