Hilarity ensues when Jim Gaffigan comes to town, and he’s heading to NYCB Theatre at Westbury for a second night on Saturday 26th November 2016! The ginger funnyman, TV star and author will be spreading the laughs on his new Fully Dressed Tour! Let’s hope it lives up to the name…! 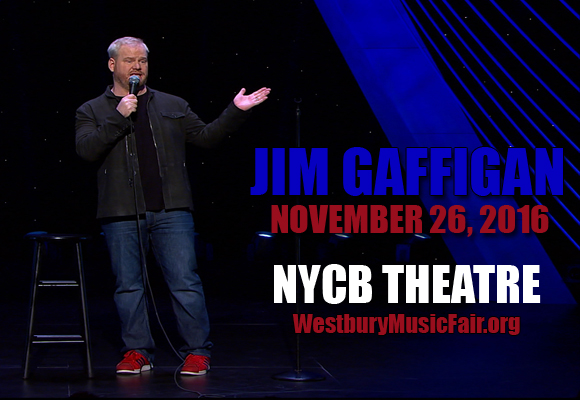 Not many people can say their career’s started off the back of a bet, but Jim Gaffigan can. Having moved to New York in 1990, aged 24, the Indiana native began making a name for himself as a comic and actor across the city on the club circuit. Landing himself a spot on the Late Show with David Letterman a decade later, after years of hard graft, and the host was so impressed he hand-picked him to develop the sitcom Welcome to New York. After the unfortunate cancellation of the show, Gaffigan went on to land several acting roles in various high profile television programs including That ’70s Show, Sex and the City, Third Watch, Ed and Law & Order. Centering around laziness, food and American eating habits, Gaffigan’s humor is a hit with audiences the world over, making the laugh with his inner monologue’s squeaking falsetto.