Have you ever tried over a thousand-and-one diet programs yet none of them work? Why are you too lazy to workout?  Does genes have something to do with your body weight?  How can you curb those junk food cravings? How do you fight diet and exercise procrastination? How can you feel awesome inside and out?… These are just some of the perennial questions we’ve been asking about health, diet, wellness, and exercise. You can start your journey towards living a full and healthy lifestyle by joining Jillian Michaels on her ‘Maximize Your Life’ tour, happening here at the Westbury Music Fair in New York on the 28th of April 2013.  It’s high time to lose those pounds and win in life! 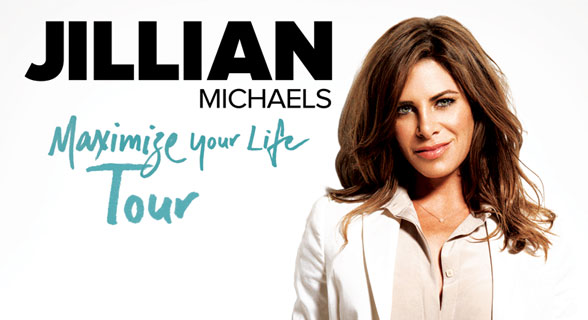 Jillian Michaels has helped America’s ‘Biggest Losers’ become health and fitness winners.  When the NBC reality TV series debuted in October 2004, she was one of the original trainers that pushed and motivated men and women with their rigorous battle with bulge.  In 2010, she debuted ‘Losing It with Jillian’– a spin-off of the ‘Biggest Loser’ which focused on a family for every episode, for a one-on-one coaching from Jillian.

It’s high time to move and get the most out of your life.  With Jillian Michaels, losers are the winners; lose those pounds and gain the life you truly deserve.  You’ve got to move it, move it  because tickets are moving fast.  Get your tickets now!