Jewel is coming to NYCB Theatre at Westbury on Wednesday 20th December 2017 for an unforgettable night of festive warmth and holiday music! The multi-platinum-selling singer songwriter is performing as part of her Handmade Holidays Tour, which will also give fans the chance to join in with some artisan gift-making and crafts before the show, and will be joined on the tour by her father, Atz, and brothers Atz Lee and Nikos Kilcher!

Jewel says in her recent tour announcement, “I am so honored to share some of the traditions I was raised with in Alaska on our family Homestead. Building memories by sharing handmade moments. Creating unique gifts and sharing songs is a Kilcher family tradition we can’t wait to share with others on this tour.” 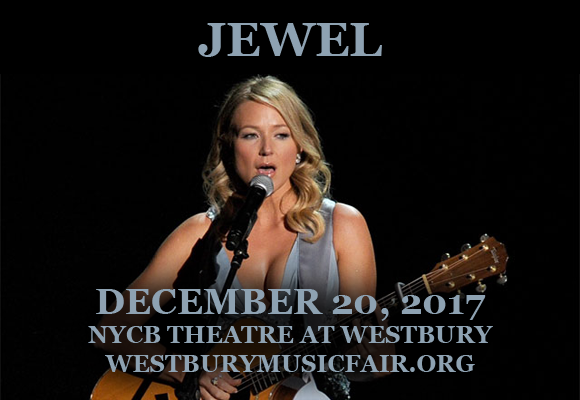 American singer-songwriter musician, guitarist, producer, actress, author, and poet Jewel first made waves in music with the release of her fifteen-times platinum 1995 debut album Pieces of You, which went on to become one of the best-selling albums of all time. Nominated for four Grammy Award, as of 2008 Jewel has sold over 30 million albums worldwide. To date, Jewel has released 11 studios, including two holiday albums and a country album, which debuted atop Billboard’s Top Country Albums chart and featured three hit singles, “Stronger Woman”, “I Do”, and “‘Til It Feels Like Cheating”. Her most recent album, Picking Up the Pieces, was released on September 11, 2015.