Join gifted contemporary Christian artist and worship leader Jeremy Camp for an intimate evening at NYCB Theater at Westbury on Friday 28th April 2017! Join the “Let It Fade” singer a part of this special night of praise and fellowship! 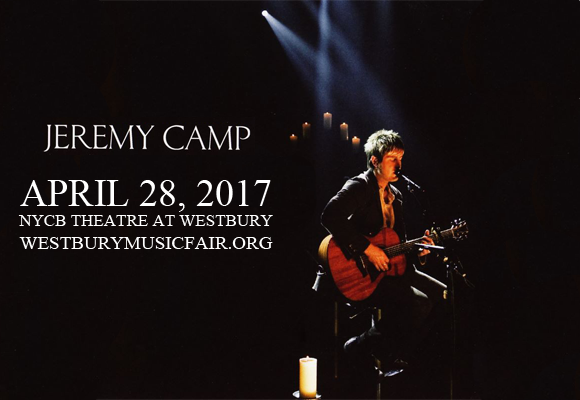 American contemporary Christian music singer-songwriter Jeremy Camp has scored 32 No. 1 hits on Christian Radio across all formats (Contemporary Hit Radio, Hot AC, Rock, and Inspirational Charts), with his 2006 album Beyond Measure alone launching six back-to-back No. 1 hits. Beginning his career in 2000, Camp has released eleven albums to date, four of them RIAA-certified as Gold, and two live albums. Winner of five GMA Dove Awards, Camp has been nominated for three American Music Awards, and was nominated for a Grammy Award for Best Pop/Contemporary Gospel Album in 2010 for his album, Speaking Louder Than Before.