Huey Lewis and the News Tickets

A night of nostalgic non-stop hits? That’s the power of Huey Lewis and the News! The 80s legends are heading to NYCB Theatre at Westbury on Wednesday 21st June 2017 for a show you’ll never forget! Get your tickets now! 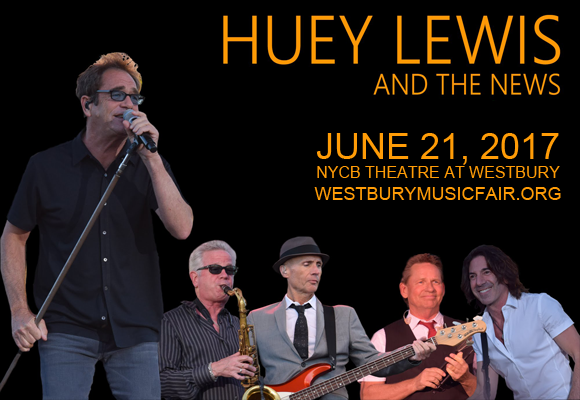 After nearly four decades together, Huey Lewis and the News are still as fresh as ever, proving themselves to be one of America’s great rock and roll bands. The Grammy Award-winning band have sold over 20 million albums to date, and are best known for hits such as “Heart of Rock & Roll”, “Stuck With You”, “I Want A New Drug”, “If This Is It”, “Hip To Be Square” “Do You Believe In Love” and “Workin’ For A Livin”, as well as the Back to the Future soundtrack classics “The Power of Love” and “Back in Time”. A worldwide smash hit, “The Power of Love” reached the top spot on the Billboard Singles Chart and was nominated for an Academy Award.