What’s in a quirky sounding name such as Engelbert Humperdink?  A career spanning over 45 years.  150 million records sold. Numerous sold-out, fully-packed concerts in gigantic concert venues.  And above all,  legions of die-hard and loyal set of fans who respect, revere, and love this charismatic performer dearly.  That is the magic of Engelbert Humperdink.  Catch his spellbinding and heartwarming perfomance once again at the Westbury Music Fair (NYCB Theatre at Westbury),  Westbury, New York, on the 13th of Octboer 2013.  The all-night serenade starts at 7:00 pm, so don’t miss it! 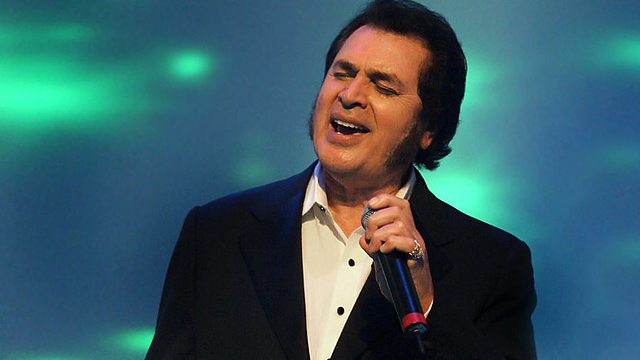 Engelbert Humperdink.  It may be an unlikely name for a suave and romantic pop balladeer, but that name has sold over 150 million records, can fill-up gigantic concert venues, and has a legion of die-hard, loyal followers.  Engelbert Humperdink tried his luck in the pop music scene in 1958, using his real name, Arnold George Dorsey, with his debut single “I’ll Never Fall In Love Again”.  It didn’t quite work out the way he expected it to.  He then met artist manager Gordon Mills, who suggested he change his name to a more quirky sounding “Engelbert Humperdink”, borrowed from the German 19th-century composer of operas such as Hansel and Gretel.  It brought him a twist of fate.  It may be the name change or the fantastic repertoire he recorded, or both.  But now we all know him as the living legend who brought us the hits “Release Me” and “The Last Waltz”, as well as “After the Lovin’” and “A Man Without Love”, “The Way It Used To Be”, and a whole lot more..  His biggest hit single Release Me” , released in 1967, was the only song that prevented The Beatles from taking the number one spot on the Billboard Charts; it placed “Strawberry Fields” at number two.  It has been said that at the height of “Release Me” , it was selling 85,000 copies a day.

Loving, caressing music is what you need to soothe all your aches and pains.  Get the miracle cure from the soft, velvety voice of the legendary Engelbert Humperdink.  Experience the wonder.  Feel the love.  Get your tickets now!