A musical legend of our time, veteran honky-tonk country singer Dwight Yoakam comes to NYCB Theatre at Westbury on Friday 8th November 2019 for an intimate evening of hits! The unstoppable singer, whose beloved country songs have been topping the charts for decades, is an incredible showman with a silky smooth voice and unbeatable charisma! A must-see live performer! 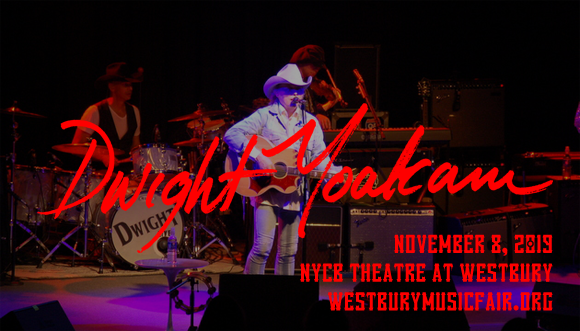 American singer-songwriter, musician, and actor Dwight Yoakam is a pioneer of country music, who first found fame in the mid-1980s with his honky-tonk, rock and roll country stylings. To date, Yoakam has recorded more than twenty albums and compilations, charted over thirty singles on the Billboard Hot Country Songs charts, and sold more than 25 million records worldwide. Five of his albums have reached number one on the Billboard charts, and he has released twelve gold albums, and nine platinum albums, including the triple-platinum This Time (1993). He has won two Grammy Awards from sixteen nominations, as well as multiple other awards, and he is the most frequent musical guest in the history of The Tonight Show.