If you are following the concert tracks of one of the trailblazers American doo-wop and rock n' roll music, then you've come to the right place. Rock n' Roll Hall of Famer and blues-rock icon, Dion DiMucci is back to perform a sweeping concert set that includes his biggest hits like "Runaround Sue", "The Wanderer", "A Teenager in Love", and more, here at the NYCB Theatre at Westbury on Saturday 23rd July 2022 (Rescheduled from Saturday 31st July 2021). Wonder and wander no more. Just hit that 'buy tickets' button on the screen. Book your tickets now! 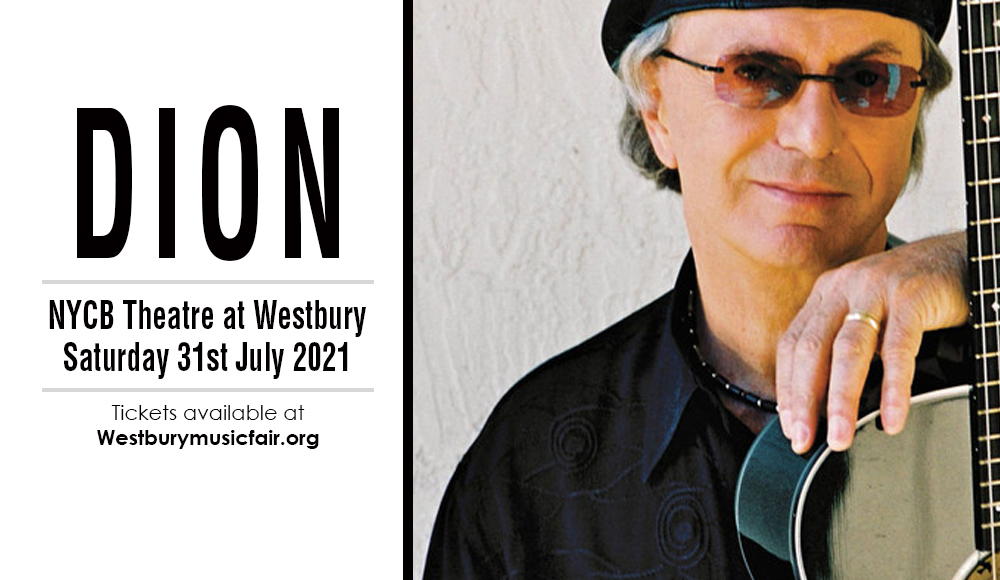 They call him 'The Wanderer'. This is the title of one of his biggest hit songs, but this moniker is truly apt for a music artist who has a sizable career span sweeping across teen idol doo-wop American rock n' roll, RnB, bluesy-rock to inspirational worship songs. The main man, Dion DiMucci is indeed a quintessential music artist who is best known for the smash singles "Runaround Sue", "The Wanderer", "Ruby Baby", and "Lovers Who Wander", and many more. During the late 1950s and early 1960s, he has collected 39 Top 40 hits either as a solo performer, or alongside his group Dion and the Belmonts, or with Dion and the Del Satins. As the British Invasion hit the scene, Dion reinvented himself and earned the respect and admiration of blues music critics, audiences, and artists themselves. Bruce Springsteen, Paul Simon and Lou Reed openly acknowledge him as one of their major musical influences. In 1989, Dion was inducted into the Rock and Roll Hall of Fame in recognition for being one of the forerunners of rock & roll music's 'first wave'.

Dion is still wandering about, tirelessly trekking the concert tour circuit. And yes, ardent fans are still pursuing his tracks as he moves from one concert venue to the next. Catch Dion this time, as he takes on the NYCB Theatre at Westbury on Saturday 31st July 2021. Don't you wander off and search for tickets — follow and click that 'buy tickets' button. You can get them right here, right now.