When you hear just a couple of strains from the fiddle solo in the smash hit “The Devil Went Down to Georgia”, only one name comes to mind — Charles Daniels. This is one of those most memorable and technically superb accomplishments in modern country music. And with this reason alone, you can't let the chance to catch The Charles Daniels Band live just pass you by! Indeed, the iconic country, bluegrass, and Southern rock music star is doing the rounds along the country musicscape for fans yearning for some good ole' storming and stomping country music. You can't say no to this one, or you'll miss out a helluva rollickin' great time! Get your tickets now! 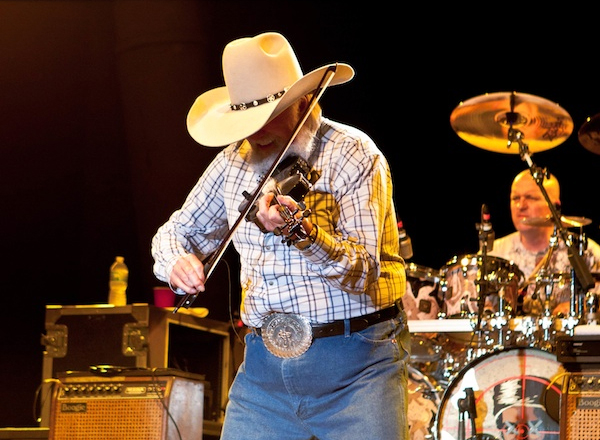 Charles Daniel's fiddle solo in his ultra chart topping hit “The Devil Went Down to Georgia” is one of the greatest milestones in country music. Daniels is an acclaimed and an accomplished multi-instrumentalist, lyricist, and singer. His famed fiddle solo is said to be "one of the most memorable melodic and technical accomplishments in modern Country Music." He has been actively performing since the 1950s, and has in his credentials, an induction into the Grand Ole Opry on January 24, 2008, the Musicians Hall of Fame and Museum in 2009, as well as the Country Music Hall of Fame in 2016.