Grammy-nominated, multi-platinum-selling recording artists and comedian Bill Engvall is coming to NYCB Theatre at Westbury on Friday 4th May 2018 for a night of hilarity! The former Blue Collar Comedy Tour member will be performing live stand-up that will have you rolling in the aisles! Don’t miss this affable funnyman doing what he does best! 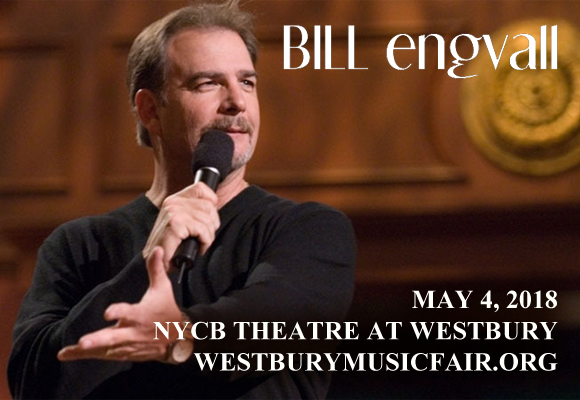 Best-known as a member of the Blue Collar Comedy group, alongside co-founder Jeff Foxworthy,  Ron White and Larry the Cable Guy, Bill Engvall is an American stand-up comedian and actor. Engvall’s career began in the 1990s performing stand-up around the comedy clubs of Dallas. He had his breakthrough in 1992 when he was named Best Male Standup at the American Comedy Awards. Engvall signed with Warner Bros. Records in 1996, releasing the first of a series of highly successful comedy albums, Here’s Your Sign, that year, which was certified Platinum and peaked at #5 on the Billboard Country album chart. Blue Collar Comedy was launched in 2000 and spawned 6 tours, 3 films, a satellite radio show, and a television show titled Blue Collar TV on The WB Network. Engvall was also a gameshow host for Lingo on GSN and was a contestant on the 17th season of Dancing with the Stars.