Come and feel like a kid again! Big Apple Circus is coming to NYCB Theatre at Westbury on Sunday April 26th 2020. This special event is up for one weekend only, so, don’t miss your chance buy your tickets now for this once in a lifetime weekend special event!

Big Apple Circus Special Event at NYCB Theatre at Westbury. This ALL NEW show will feature special circus acts, curated specifically for this one-weekend-only event!
Your Ringmaster for the evening is John “Mr. Fish” Lepiarz!
Some of the acts on show for this special event are:
• Contortion and Aerial
• Hand to Hand
• Juggling
• Clowning and Comedy
• Rolla Bolla and Freestanding Ladder
• Trick Bicycle, Foot Juggling and Plate Spinning
• Savitsky Cats from America’s Got Talent
• Chinese Pole 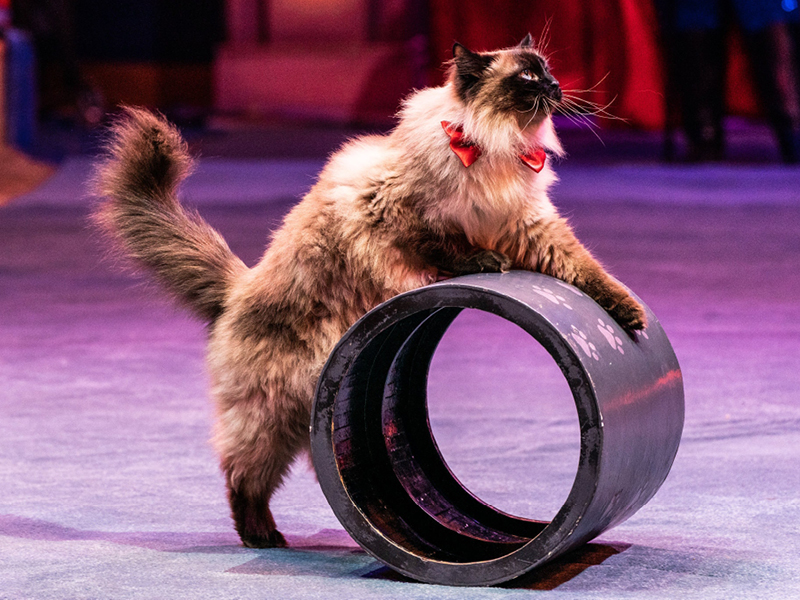 Following the shivaree, set to the ringmaster Storm Marrero’s version of “Empire State of Mind,” the band played a heavy-metal number and two identical-looking platinum blondes in sparkling nude-illusion leotards (the costumes are by Emilio Sosa) writhed above the ring in a tangle of aerial straps. They spun, swirled and hair-tossed, pressing one crotch atop the other as each did the splits, a visual palindrome that skewed lewd.
Dynamic, charming and swift, with at least one act that dropped my jaw and another that purloined my heart, this year’s circus, directed by Cecil MacKinnon and Jack Marsh, seemed to oscillate between family-friendly and adults-only. A few performances landed in the middle, like the juggler Kyle Driggs, natty and expert, performing to a sultry take on the Beatles ballad “Something.”
The first-act finale, Jayson Dominguez, on the Wheel of Death, may not have actually taken my breath away, but it was a while before I got it back. (What is a Wheel of Death? Think of a hamster wheel, but terrifying.) Dominguez ran inside of it, then outside of it, then he jumped rope, then he did somersaults, 20 feet above the crowd, while many of us screamed. By the time he put on a blindfold, my 3-year-old and I both averted our eyes. The show closed with the Aliev Troupe, a Russian band who put an innovative spin on the trapeze act. How innovative? They don’t use trapezes. Though there is a bouncy balance beam. – Alexis Soloski, The New York Times.