It’s the method comedian! The constant joker, always out for a gag, Anthony Rodia comes to NYCB Theatre at Westbury on Saturday, December 11th 2021. Get your tickets now for a night full of side-splitting laughs and hilarious anecdotes. He guarantees that you will leave with stomach pains and tears in your eyes from laughter. Which is the only way you should exit a comedy show! With jokes that are relevant, frank, and relatable he will have you and the rest of the audience in the palm of his hands for the entire evening, don’t miss this laugh out loud show. 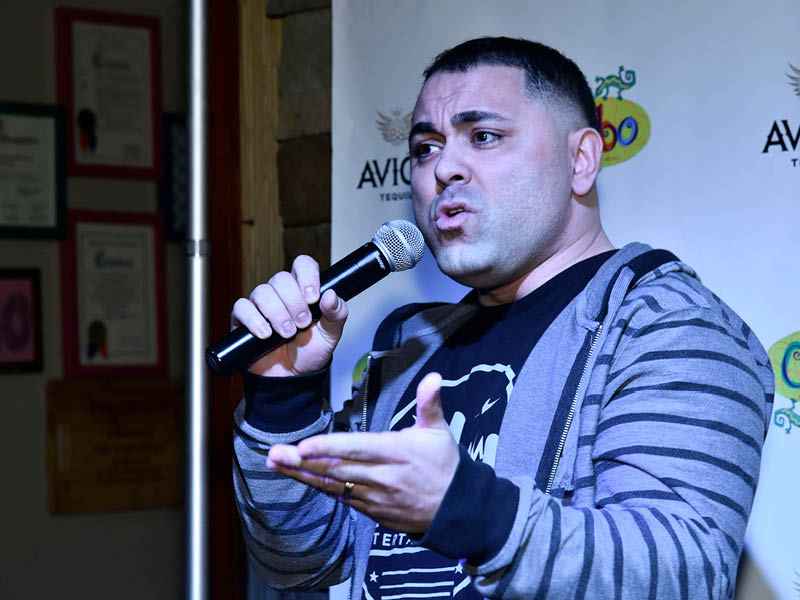 Anthony is a first-generation Italian-American born and raised in Westchester, NY. He has attracted an audience of over 700,000 social media followers with 22 million-plus YouTube views. His TV appearances include Good Day New York and Elizabeth & Elisa on News 12. Anthony was the 2021 winner for “Best Comedian on Long Island” in the annual “Best of Long Island” competition. He is known for his funny skits, song parodies, and weekly “Road Rage Wednesday” segment with the popular character Uncle Vinny, which he has turned into an Internet sensation. You know the crazy uncle you love but can’t be out in public with or the nutty aunt who will speak her mind to your friends and neighbors, they’re both present in the comedy of Anthony Rodia along with relatable, real, and razor sharp observations on marriage, parenthood, road rage, and everything else worthy of a social media rant.
“Uncle Vinny came by accident, and I had to give him a wife, so I created Zia Lucia who is basically five or six of my aunts rolled into one,” Anthony says. “I have four or five conversations going on in my head at any given time! Everybody says I’m crazy, because I’ll say something on stage I just came up with an hour ago,” he admits. “I don’t want the audience to have the same experience twice. The only way I can keep building this business without getting old and tired is to try to be funnier than I was yesterday. That’s the approach I take. Can I push the envelope more? Can I get more creative with my characters? It’s nonstop.”